is part of the Informa Markets Division of Informa PLC

This site is operated by a business or businesses owned by Informa PLC and all copyright resides with them. Informa PLC's registered office is 5 Howick Place, London SW1P 1WG. Registered in England and Wales. Number 8860726.

The Philippine Society of Pathologists is a unified and cohesive force composed of highly competent, globally recognized professionals collaborating with local and international health partners, including the academe and other societies working towards the advancement of the profession of Pathology and Laboratory Medicine. 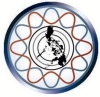 The PSBMB was formerly known as the Philippine Biochemistry Society (PBS). Governed by an Executive Board of (11) duly elected officers. The PBS was established in August 1973 by a group of biochemistry educators to foster the development of biochemistry in the country. As contained in its constitution and by-laws, the PSBMB is committed to: upgrade knowledge in biochemistry by encouraging research and education and by establishing communication and exchange of professional knowledge among members as well as with other biochemists abroad, and establish means by which biochemistry could be utilized for the improvement of the socio-economic and health conditions of the country. The Society’s membership is open to all persons holding at least a bachelor’s degree in biochemistry, chemistry, biology, pharmacy, medicine, and other related disciplines and who are active in teaching and/or research in bio-chemistry and/or related fields.

The Philippine Society for Microbiology, Inc. (PSM) is an organization that aims to promote scientific knowledge in the field of Microbiology and other related fields. The organization conducts various activities such as workshops, publications, hosts a bi-annual symposia and an annual conference.The organization also gives subsidies to those individuals that meet the requirements set by the organization depending on which grant they are applying for. 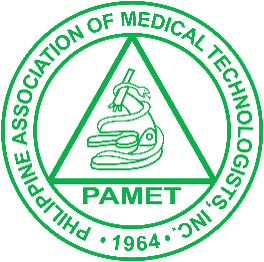 The Philippine Association of Medical Technologists, Inc. (PAMET, Inc) is a non-stock, non-profit organization. It was originally organized on September 15, 1963 by Mr. Crisanto G. Almario at the Public Health Laboratory in Sta. Cruz, Manila. It had its first convention and election of officers on September 20, 1964 at the Far Eastern University wherein Mr. Charlemagne Tamondong became the first President. It was incorporated and registered at the Securities and Exchange Commission on October 14, 1969 with Reg. No. 39570, during the presidency of Mr. Nardito D. Moraleta. PAMET is a national body with forty-six (46) provincial chapters nationwide and one international chapter, PAMET Singapore totaling to more than thirteen thousand members. PAMET is affiliated with countless other local professional associations and internationally too. It is also linked with government agencies such as Department of Health (DOH), Professional Regulation Commission (PRC) and Commission on Higher Education (CHED). 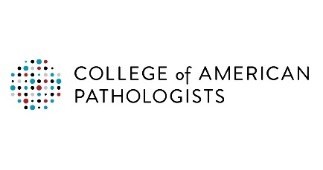 The College of American Pathologists (CAP), the leading organization of board-certified pathologists, serves patients, pathologists, and the public by fostering and advocating excellence in the practice of pathology and laboratory medicine worldwide. World Association of Societies of Pathology and Laboratory Medicine

A non profit organization to improve health throughout the world by promoting the teaching and practice of all aspects of Pathology/Laboratory Medicine. The World Association has become increasingly active in international affairs, representing pathology at the World Health Organisation, serving on the Council of International Organisations in the Medical Sciences, and establishing relations with other international bodies. An important aspect of the work of the World Association has been the development of a number of Committees, each with a Constituent Pathology Society or College taking a particular responsibility on an international footing. These include the International Liaison Committee (replacing the old Commission on World Standards) which represents WASPaLM societies to both ISO and the World Health Organization (USA, College of American Pathologists and Australia, Royal College of Pathologists); the Policy, Guidelines and Advocacy Committee (replacing the Secretariat on Economic Affairs, the Secretariat on Ethics and the Secretariat on Forensic Pathology – no sponsoring society); the Education Committee (replacing the old Secretariat on Pathology in the Developing World) which coordinates educational programs for developing countries (United Kingdom, Royal College of Pathologists); the Publication and Informatics Committee (replacing the old Informatics Secretariat; no sponsoring society); and the Finance and Corporate Sponsors Committee (Japan, Japanese Society of Laboratory Medicine). Is dedicated to finding cures for inheritable blood disorders and to addressing and preventing the complications of these disorders through research, education, and advocacy enabling people and families to thrive. The National Hemophilia Foundation serves people across the US with all bleeding disorders, including hemophilia, von Willebrand disease, rare factor deficiencies, and platelet disorders. We support a network of 50 chapters across the country. We have given more than 22 million dollars to bleeding disorders research.  We provide education and support to countless families with bleeding disorders, seek to find undiagnosed women with bleeding disorders, and work tirelessly to protect access to healthcare on the state and local level. 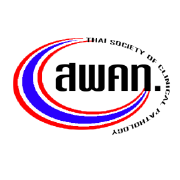 Our global reach in Healthcare

Whether in person or online we enable deeper learning, relationships and decisions.
Staging 12 live and online exhibitions, 110 conferences and reaching over 700,000 healthcare professionals, we are where the world of healthcare meets.

Together for a healthier world